Things you must know about fighting 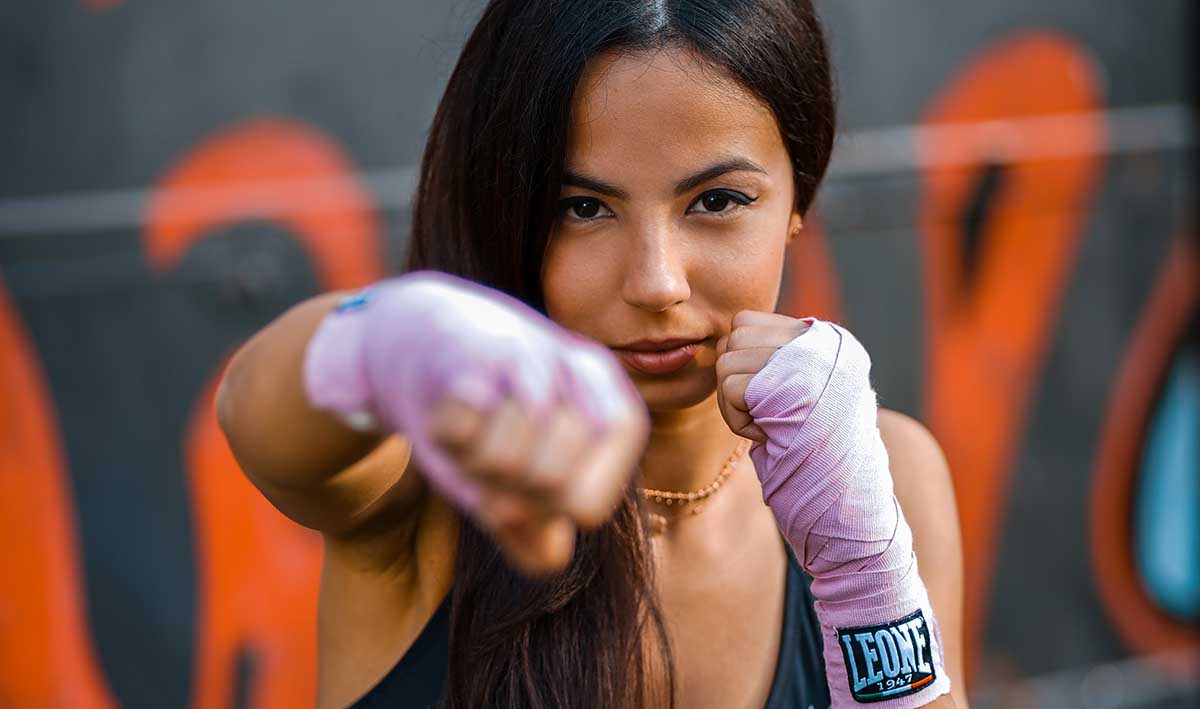 Training in sparring, regardless of the practiced discipline (meant as a combat Sport), has substantial differences from fighting with an aggressor on the street, with more or less serious intentions (eg: a quarrel, a beating by multiple attackers, an armed robbery, an attempted murder, etc.). Logically, however, to defend yourself you have to ‘use your hands’ and therefore possessing good technical skills is the groundwork for developing a solid method of combat to be applied in the street, and not only in the ring.In the chaotic context of a sudden physical clash, such as an aggression in a public place, it is also very important to be able to get the maximum performance from your motor co-ordination and instantly recover your concentration in relation to the danger you are forced to face. This implies not only knowing by heart a sequence of movements but also, above all, possessing sufficient sensitivity and promptness of reflexes to neutralize any counter-reaction (and counterattack) by the aggressor.

Since it is not easy to switch unexpectedly from a relaxed condition to a state of maximum alertness, it is vital to have developed motor automatisms matured through extensive practice sparring in the gym. On the other hand, what human beings possess and can use as weapons are arms and legs (ok, even the head); fists are fists, kicks are kicks, regardless of the terminology with which they are called in the different Martial Arts. The same for throws, articular levers, submissions, etc. By deepening the knowledge in this field it becomes obvious that you will be able to use these movements also in the context of an emergence. It is not by chance that Krav Maga (which nowadays is used as a method of self defense, but in the military can also be considered as both an offensive and defensive system) was founded by Imre Emerich Lichtenfeld, also known as Imi, who was an excellent athlete and former champion of both boxing and wrestling, and after studying judo and jujitsu was able to synthesize a combat system that has very little in common with sports… let’s say absolutely nothing.
Let’s take a clear example: hitting your opponent with your hands. The fists come from the ‘The noble art of Boxing’ (which is also the oldest method of self defense as the most instinctive, and was already being practiced in Ancient Greece); no one can question that a boxer possesses the greatest ability to hit with devastating punches and excellent reflexes to dodge the hit thrown by the opponent, and that’s why boxers are so feared. As a result, with practicing boxing you will acquire a greater ability to inflict damage with your hands, no matter whether the fist is kept closed or open, hitting with the palm of your hand (as personal defense teaches), because what gives power to the shot is the synergistic movement of the whole body, whose co-ordination is perfected by boxing. In fact, a boxer can be fatal even if he hits using a ‘palm-strike’ with bare hands.

Training the specific movements of Combat Sports or Martial Arts also generates a very important concomitant benefit: it favours the development of the student’s co-ordinative skills. The co-ordinating capacities can be divided into two families: general co-ordinating abilities and specific co-ordinating abilities. The former allow learning of a new movement, as well as the ability to control and modulate that movement (motor control). For example, learn to throw a high kick. The latter involves the ability to combine, adapt or transform the previously learned movement. In refining the boxing technique, rather than learning the kicks or projections, the following specific co-ordination skills are therefore improved:

After learning the technique we move on to the next step: sparring in the ring. This is a great exercise to gain experience in combat, metabolize basic movements and train to perform them against an absolutely uncooperative opponent.

Without taking anything away from the other co-ordinative abilities, it is evident that the last three listed (Eye-hand co-ordination, Reaction ability, and Transformation ability) are absolutely the most important and plausibly the only ones that, together, allow us to escape the aggressor’s attack (who generates the input from which the following action derives). After that, thanks to the other co-ordinative abilities (combination of movements, balance, rhythm, etc.) it will be possible to beat the attacker with formidable combos.

Refining reflexes and co-ordinating appropriate motor responses also generates, over time, a very important phenomenon called conditioned reflex, which what every fighter must strive for. The conditioned reflex is nothing more than an automatism that leads the individual to perform an involuntary action as a reaction to a precise external stimulus.
All living organisms (humans and animals) associate to some primary stimuli, called unconditioned stimuli (important from the biological/living point of view), predefined and involuntary actions called unconditioned responses (or reflex response): for example, if we suddenly hear a loud noise (unconditioned stimulus) instinctively we look towards the direction from which it comes to verify what is happening (reflex response). Another example can be the closing of the eyes when an insect flies too close to our face. This is in order to guarantee the maximum probability of survival, mainly in the primitive period.
These types of reflexes are defined as unconditioned because they are innate in man: they do not require learning and are permanent.
What you must know is that it’s possible to convert an unconditioned response into a reflex conditioned by a precise stimulus (called conditioned stimulus); a conditioned stimulus is an input in itself neutral, but it can trigger an automatism in those who receive it. An example of a conditioned stimulus could be the bell sound of a boxing round: it’s a sound that will easily make you imagine a fighting scene and automatically makes you focus your attention. It will also be possible, after having assimilated the movements over time, to observe a movement of the opponent and automatically dodge his punch without even thinking of doing so, rather than deflecting a knife that is about to stab you unexpectedly.

Sparring therefore takes on a further importance, as it’s precisely the reflexes conditioning phase. The more you fight, the more your reflexes will be conditioned because of the pain caused by the strikes that you can’t parry: in fact, our body associates to an unconditioned stimulus (perception of pain) a conditioned one (the movement made by the opponent) and from that will arise the conditioned response (next time you’ll dodge that punch).
The conditioned response, or conditioned reflex, however, needs time to develop and above all, unfortunately, is not permanent and therefore it is necessary to continue practicing the exercise to maintain the acquired reactivity.

In conclusion, we give you this simple tip: DO A LOT OF SPARRING!