The special training with Wesley Gimenez of Krav Maga Caveira (Brazil) took place at the Krav Maga Training headquarters in Brescia on 17 October 2019. 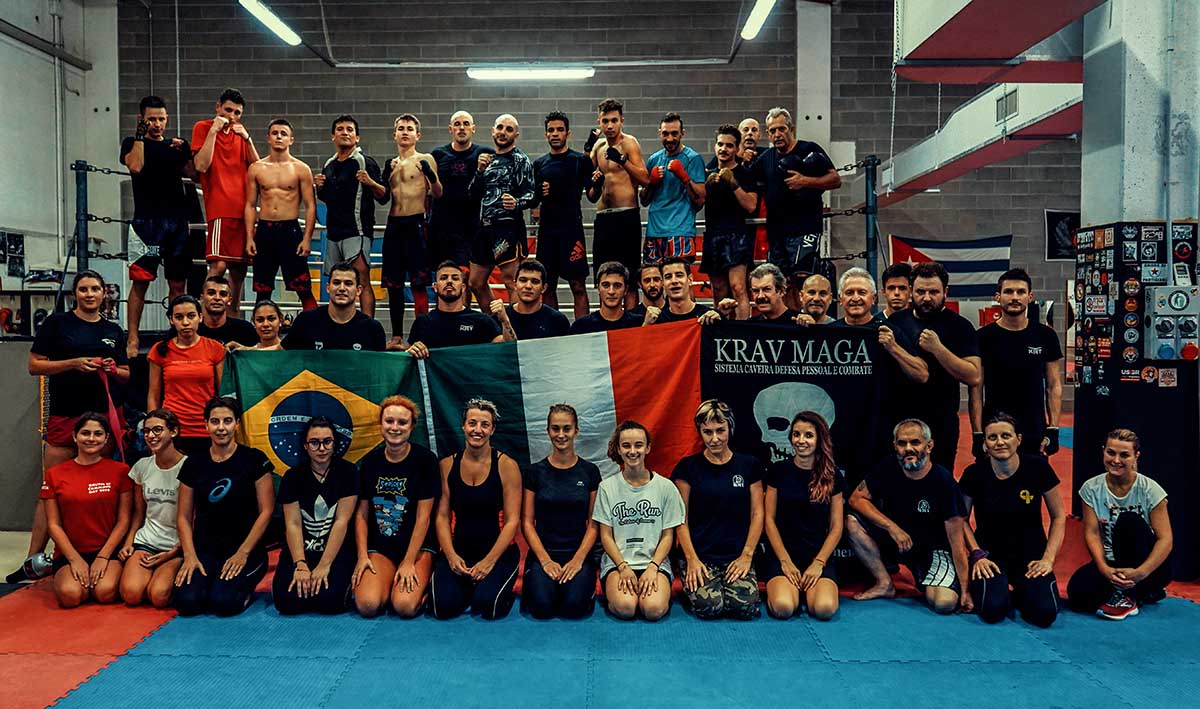 Wesley Gimenez worked for 10 years in the maximum security prison in São Paulo, a big city with 12 million inhabitants, where he gained experience in close combat and police techniques against high-risk targets, as well as knowing the minds of criminals.

In addition to being the founder of Krav Maga Caveira, Wesley is also the founder of the Caveira de Defesa Pessoal e Combate® system, with representation in dozens of Cities in various States of Brazil.

Since Wesley is an experienced athlete, we have based the training on the criteria of competitive preparation with which our students train for MMA competitions, rather than boxing or wrestling.

After warm-up and initial stretching, we immediately engaged Wesley in a high-intensity circuit, which involves the use of several focus pads and shields, to practice standing striking and also ground and pound on the floor. Punches, kicks, elbows, knees, and even headbutts.

Then we focused our training on striking with bare hands with our special ‘Impact Head’ that simulates a human head, whose hardness requires the correct concentration and technique. Training in striking in this way is essential because you are forced to hit correctly, to avoid injury to the fingers of the hand or wrist during the impact.

After a frenetic sequence of bare knuckle combinations, we moved on to the final phase of training, which involved the use of cutting weapons.
Wesley Gimenez, teaching at the headquarters of Krav Maga Caveira in Brazil, has a great interest in disarmament techniques. We have therefore deepened some mechanisms for the disarmament of an attacker armed with a knife, even if the technique involves phases of grappling and fighting, since in reality disarmament does not always take place in a fluid and simple way.

The training with Wesley was conducted by Luca Goffi, together with Luca Arietti, top instructors of Krav Maga Training. 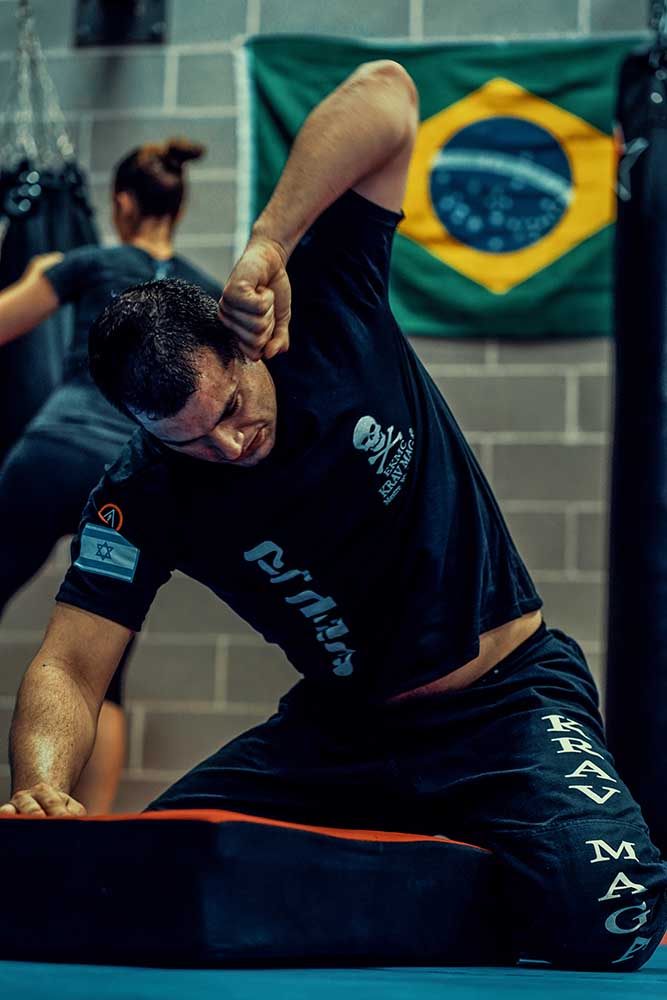 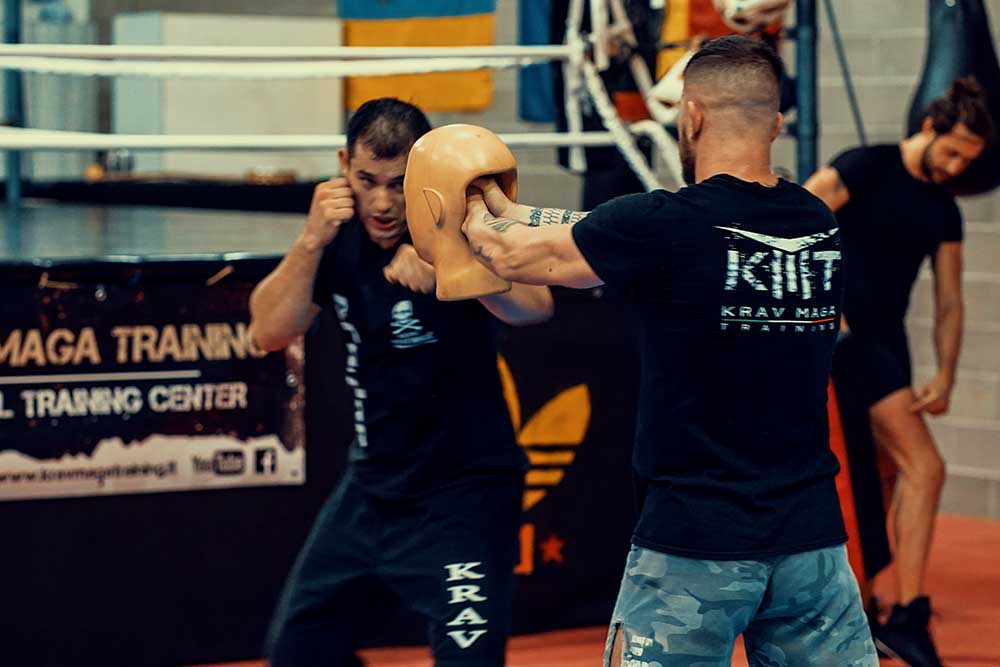 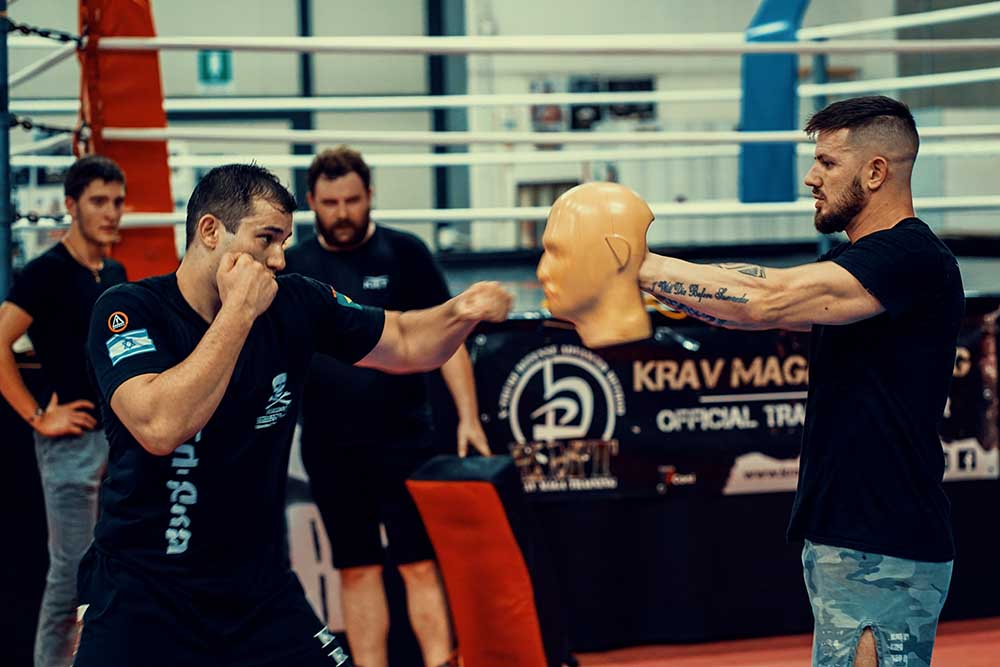 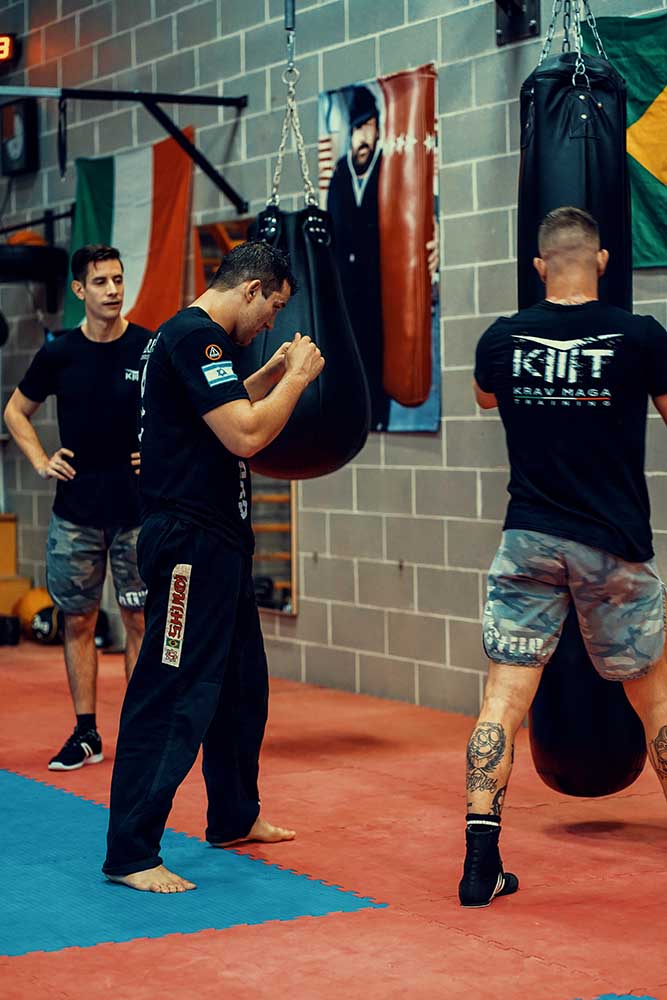 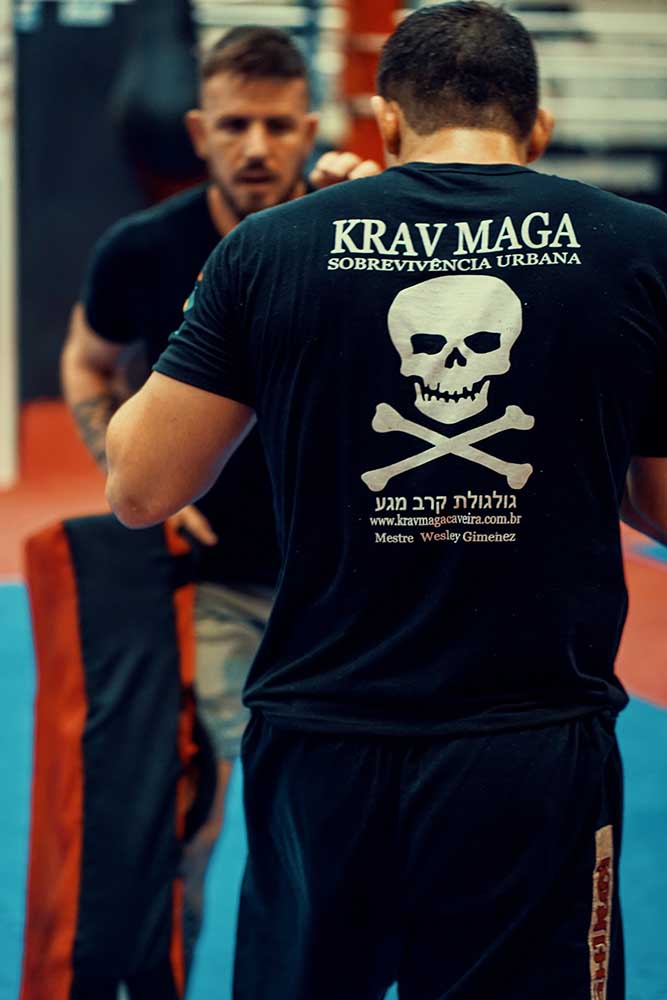 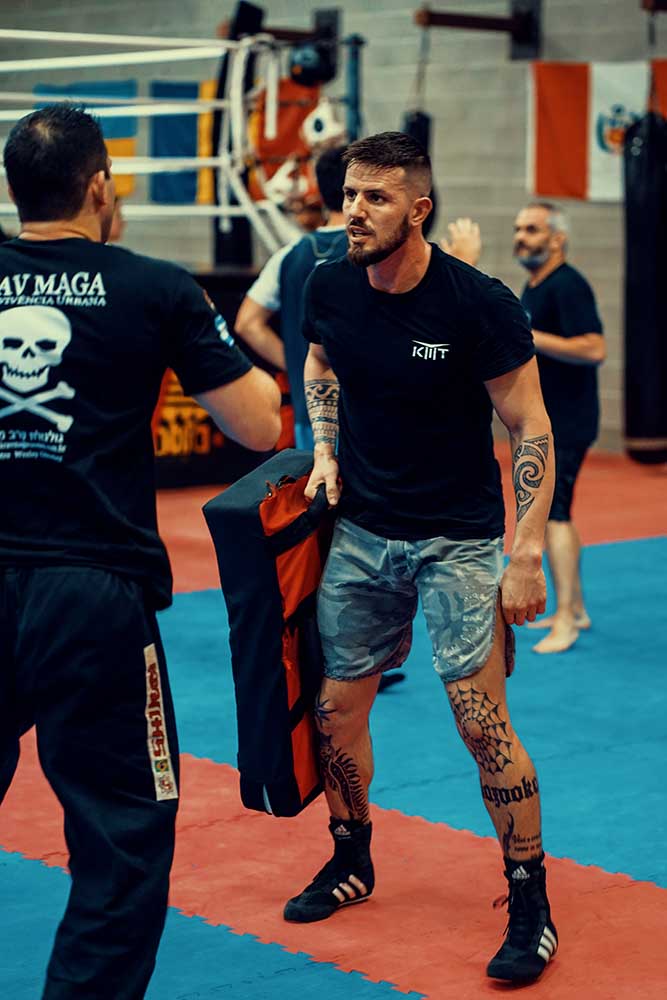 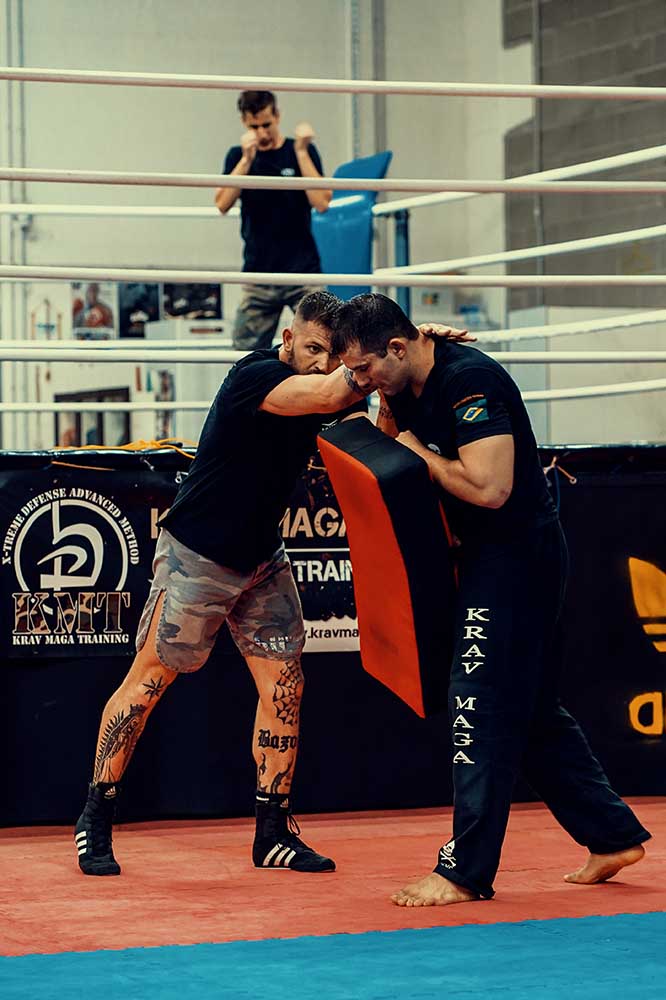 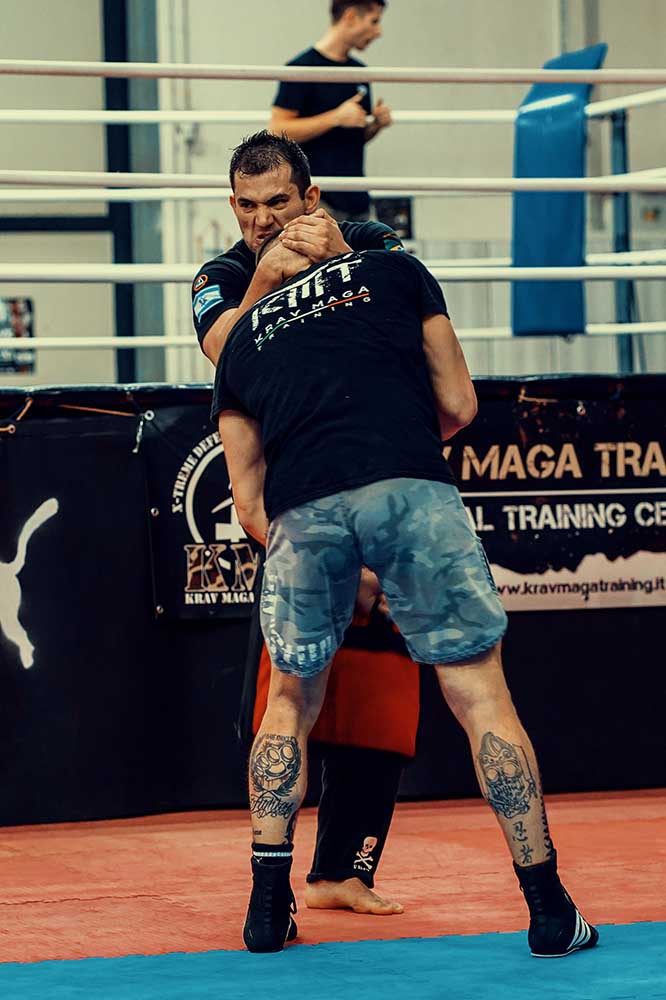 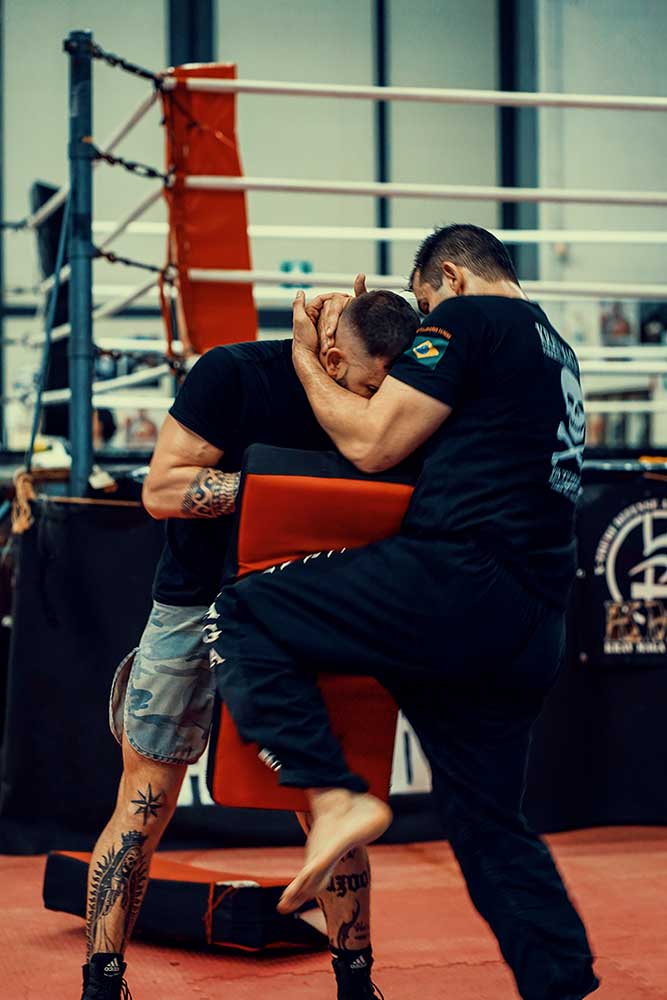